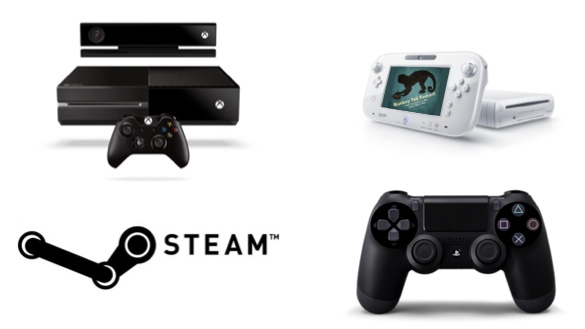 So if the next generation console war was a horse race, witch is the favourite to win the derby?

The first competitor into the race course was Nintendo, they got off the blocks very quickly but fell at the first hurdle, with a very feeble line-up of in-house games and not much better third-party support! Their unique selling point, the gamepad, was also a failure, with the casual gamer and even some more informed gamers mistaking it for a peripheral for the Wii; also the jury is still out if there’s any further use, past displaying the inventory and/or map of a game? In my horse race analogy they look odds on favourite to bring up the rear. 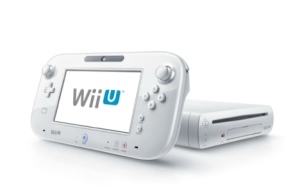 Then we have the second runner, a horse called PS4 trained by Sony, they join the race with an impressive line-up of games, a powerful machine with plenty of horse power and of excellent pedigree. They demonstrated impressive interactive features with their newly acquired cloud gaming service called gaikai- they quickly took the lead in my race, and just as quickly started looking over the shoulder for the rumoured horse called “other next gen console”

And last Tuesday, Microsoft unveiled such a horse, only the name is Xbox One, ‘other next gen consoles’ is a bit of a mouthful anyway. So is this new monolithic piece of engineering an impressive Stallion, like Microsoft wants us to believe? Or is the term an all-in-one home entertainment system just another term for souped up sky box?

Let’s look at the facts we have so far, we have Nintendo with the Wii U, they showed off a decent video game line up at their last conference “Nintendo direct”, but is this too little too late, can they make up the ground they lost to their two rivals? Believe me, as a Nintendo fan it saddens me to type this last sentence, and I certainly appreciate the irony of Nintendo having to “make up ground” when by the time both the PS4 and Xbox One come out, the Wii U would have had at least a full 12 months head start, but the harsh reality is that, it does look like Nintendo brought the wrong horse to the race and they need to giddyup to stand a chance, remember that horse called SEGA?

Then we have Sony and Microsoft, their conferences couldn’t have been more different, this clearly showed how these two companies have changed places in the video game hierarchy, and what a difference 8 years made. Sony came in hat in hand, literally begging for developers to develop for them, showing off their new machine, a developer friendly powerful box with a more standard architecture. They also tried to appease the hardcore player, by showing impressive graphics, polygons and blue balls falling from the sky, as well as having a plethora of impressive video game titles, thus untimely making the conference about video gaming.

And video gaming was exactly what Microsoft decided not to show at their conference, they have made some powerful friends, and they wanted to introduce them to us, chief of which was their new media connections. So naturally most of the conference was dedicated to the platform itself and all the wizardry behind the multimedia thoroughbred this console really is. They did talk about games but they weren’t talking directly to the hardcore gamer, their modus operandi for the Xbox reveal was to firstly show off their multimedia features and partners and secondly to try to appeal to a wide-spread of gamers, so they concentrated on widely popular games like Call of Duty and Fifa Soccer. Hardcore gamers like myself, will have to wait for E3, when Microsoft will show their true colours, and with the promise of 15 exclusive titles, 8 of which being new IP’s, the future looks very interesting.

So to let’s get an update on our race, which horse is leading the way? It’s no surprise that , PS4 is leading at the moment, Sony’s stock even went up by 8% after Microsoft’s conference ended, but there are a couple of caveats, we don’t know if the PS4’s user interface will be user-friendly and will they finally manage to get online to work?

Half a length behind them, we have the Xbox One, we only had a quick look at this beast, the user interface looks impressive, and the promise of 15 exclusive titles in the first 12 months sounds great, but we need to wait for a few weeks more, before the full video game line-up is revealed at E3, only then will we see if this Xbox One is the thoroughbred gaming machine Microsoft wants to believe it is, or just a Trojan horse multimedia machine trying to hijack our living room.

Finally we have Nintendo, as I mentioned at the top of this article, they look destined to finished 3rd but will a new horse join this three-horse race for living room supremacy, could this dark horse steam ahead of the competition, will it win at the final furlong… enough puns, I’m talking off course about the mythological unicorn that is the steam box.

Join us again after E3 for an update on this next generation Derby.