So first up to run the E3 conference gauntlet this year was Microsoft. Their first showing was from Konami with a gameplay video of Metal Gear Solid V: The Phantom Pain. Showing the impressive Fox Engine off, it showed the new open world with Snake traversing the land on horseback. Real time weather effects looked impressive and hold the potential to open up new gameplay avenues. Looks like both the CQC and stealth techniques have been improved greatly, appearing to make this new entry smoother to play than Metal Gear of the past. It’s a fantastic start to this year’s show; let’s hope it continues at this level.

Next Microsoft spoke a little about the 360 announcing a new redesign of the console, making it more in line with the aesthetics of the Xbox ONE. Also undoubtedly inspired by Playstation Plus it seems Live Gold members are going to get a couple of free games which is nice. Although it did sound like this was just a one off rather than the monthly freebies offered by Sony so doesn’t appear quite as good value but we will know more in the coming months. Although it doesn’t appeal to me, for those that enjoy blowing up tanks with other tanks will surely be thrilled at the prospect of the free to play World of Tanks coming 360.

Not wanting to dwell on the past Microsoft move swiftly on to content for Xbox ONE. Max: The Curse of Brotherhood looked very nice. A side scrolling platformer that instantly appealed to me. Looking like some sort Limbo, Rayman and a Pixar movie hybrid. This is certainly going on my one to watch list. To counter that cartoon cuteness out comes something for those with a masochistic yearning, a video of Dark Souls 2 which is sure to please fans of the series.

Ryse: Son of Rome kicked off with an intro sounding very God of War. It showed some brutal, if QTE heavy fighting. The characters all had plenty of heft and made for some intense battles. The use of your fellow soldiers to shield you from arrow volleys was an interesting way to break up all the hacking and slashing. With a hell of a lot happening across the battlefield this made for an exciting looking launch title. Best of all though, in a first for video games you play a character called Marius. A smart, sexy, tough Roman warrior. Probably the best game character of all time! It’s possible I’m a little biased on that one though. 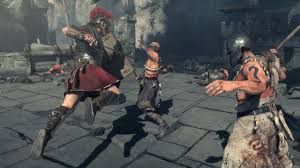 Rare steps out of the shadow of Kinect and continues the violence with a new Killer Instinct title. Looking very fast with some impressive particle effects as sparks erupt across the screen. Looks to be a must for any fighting fan. Then in a turncoat move sure to upset the Sony fanboy’s Insomniac unleashed the cartoon styled Sunset Overdrive. Although actual gameplay details weren’t revealed the trademark Insomniac weaponry was. A vinyl record firing gun surly inspired by Shaun of the Dead was a highlight.

FORZA 5, as suspected is looking very pretty. Use of the cloud to help process human player data to drive the AI is an interesting idea and has the potential to push racing games to the next level. Although there are questions as to how this will work if you don’t have a super fast broadband connection. More details of Quantum Break have certainly peaked my interest too. The video shown was very impressive but I’m still very sceptical of the tie in with a TV show. Hopefully they pull it off but Defiance has recently shown how easy it is to get wrong. 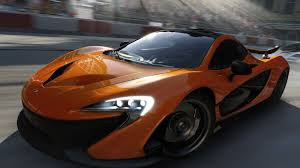 Next game of note was Project Spark. Gameplay looked a bit simple but the interesting thing here was the world editor. Looking to allow even more detailed user generated levels and games than Little Big Planet and decent application of Smart Glass and voice control to make editing look pretty simple. Speaking of which, video uploads of game footage look very easy to manage. Following Microsoft’s purchase of TwitchTV it comes as little surprise to see it used to stream video of your games.

Dead Rising 3 meanwhile provides a new protagonist in an open world. Despite a more serious look it still allows you to attach a chainsaw to the handle of a sledgehammer for maximum carnage. The huge number of zombies on screen sure to make for hectic gameplay. Smart Glass was also used to call in an artillery strike but as with most of the uses of this so far it’s nothing that couldn’t be done with a press of a button on the pad. The Witcher 3 and Battlefield 4 give us a master class in how great things can look on next gen machines. A quick look at the beautiful rouge-like, Below and another unnamed game before the real big guns come out.

Cunningly disguised as a new IP is the announcement, well confirmation of, a new Halo game for Xbox ONE. Then Microsoft’s final big hitter, Titanfall. A very solid looking shooter mixing on foot and mech combat. Being developed by Respawn, the Call of Duty heritage is obvious from this footage but a dash of the new has been added with traversal of the maps via jetpack and a rather nifty looking wall run. In a change for mech games the giant robots also seem to skip around at a fair pace. This was a mighty impressive demo and a great way for Microsoft to finish their conference.

So the first conference is out of the way and what a start! Microsoft kept to their promise and kept everything laser focussed on the games. Showing off plenty of great products both old and new. Have they got it right? Is this enough to compete with whatever Sony offers up? Well with a confirmed release date of November and a £429 price tag it won’t be long before we find out.