This is the follow up to my “horse” pun filled next generation Derby, but to prove I’m not a one trick pony, I’ll change the format a bit. This is now a war scenario, and while the war is still ongoing and it won’t be over for a few years to come, I’ll try to find out who won the great E3 battle of 2013 but more importantly who is best placed to win the war.

So the dust has settled on this year’s E3 battleground. The three great gaming armies had their big conferences, well Nintendo kind of phone in their conference but more on that later. First we’ll start with Microsoft as they where the first to march in, or rather gallop in their troops. First up riding a horse through an open world desert was Big Boss himself. The protagonist of my game of the show, Metal Gear Solid V: The Phantom Pain, quickly followed by  an Xbox 360 port of the extremely popular game World of Tanks showing that Microsoft are still supporting Xbox 360 and are also open to the idea of free to play. There was a myriad of great exclusive titles on show, 13 Xbox ONE exclusives to be precise. You can read about all of these great games in Marius article HERE.

With this strong line-up of video games, and opening the show with an old PlayStation exclusive, Microsoft definitely came out fighting and certainly answered most critics. The word TV was not spoken once during the hour and thirty minutes of video gaming bonanza and there was still time for the “one more thing” moment with the announcement of the exclusive Titanfall. My second game of the show, a spectacular looking, multiplayer only, first person shooter created by Respawn Entertainment the team that gave us Modern Warfare.

Enter Sony, their conference was the last one of day and therefore they had a chance to counter Microsoft’s video game onslaught and Sony did just that. With a strong line-up of games of their own, including great Indie support. They also announced, to a great cheer from the crowd, a very relaxed stance on pre-owned games. They did however leave their secret weapon for last, an aggressive price undercut of £80 here in the UK. This looked very much like a reactive move, just look at the slides below. The final slide is the only slide without the blue background, some people think this was a last minute decision by Sony, I’ll let you decide.

Last into the battlefield was Nintendo and as mentioned at the top, they didn’t have a conference at E3, instead opting for the cheaper option of a live stream. Nintendo showed their usual IP’s Mario, Smash Bros, Zelda, Donkey Kong. But this was not enough. Wind Waker in HD did look great and seeing Mario Kart running at 1080p 60 frames per second made me smile but I do think the WiiU’s days are numbered. Going back to my war analogy, their army would struggle to beat the Xbox 360 or PS3! They did have a “not so” secret weapon of their own, a true next gen core title. I’m talking off course about Bayonetta 2 but despite how amazing the original title was this franchise doesn’t have the fan based needed to help boost WiiU sales. Their biggest mistake was not announcing a price cut, something they will need to do before the other two consoles get released, currently the premium version of the WiiU is only £80 cheaper than a PS4! 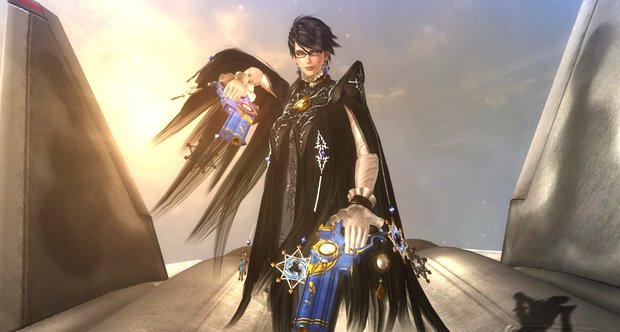 On the surface it does look like clear advantage for Sony with their more customer friendly approach to DRM and cheaper price point but when you take a step back and look at the bigger picture you see that all might not be as in seems. Focusing on what the internet is annoyed about was actually a genius move. No one is talking about the fact that you now have to pay to play online on the PS4, and yes I know you also have to pay for Xbox live, but Microsoft’s service is an unrivalled service, made even stronger with the 300,000 servers they now have across the world. PSN service on the PS3 was extremely poor. I think Sony needs to learn how to walk before they can run.

Sony’s u-turn on pre-owned DRM also means that big publishers like EA and Ubisoft lose revenue through pre-owned sales and what this really means is that versions of their multi platform games will more then likely have online pay walls on Sony’s machines, thus negating the advantage of buying pre-owned in the first place. The price difference on the other hand was a nice surprise by Sony, a move that is sure to please most gamers, especially those on a budget. There is a small caveat to be considered, this does mean that you don’t get their motion sensor camera the Playstation eye. Kinect however will come bundled with the Xbox ONE. Who cares? I hear you cry, well over 27 million Kinect’s where sold for the Xbox 360, and so as it turns out, a lot of people do. And let’s not forget with most developers including motion and voice commands features with their games, such features won’t be available for PS4 players unless the peripheral is purchased.

Sony really played their hand to perfection and will be feeling pretty smug after E3 but I do have my reservations about some of their choices. In particular the very relaxed approach to DRM and their decision to charge for online play. I also preferred Microsoft’s video game line-up.

But we’re still at least five months away from launch and eighteen months away from the first and second wave of launch window titles. So you can be sure that Microsoft and Nintendo won’t rest on their laurels. Having said that after what happened to the 360 and PS3 generation, Sony will be keen to keep the advantage they created with great tactics and quickly executed decisions.

What this all means is that the war is still wide open, and it’s a great time to be a gamer.

2 thoughts on “The Next Generation War”