Shooting aliens, a videogame staple since the mediums early tentative steps in to interactivity. From fixed shooters born out of Space Invaders to scrolling shooters like R-Type and Xevious, piloting an exotic spacecraft to rid the universe of the alien menace has always been fun. The latest to take on this task is the brilliant Velocity Ultra from FuturLab. It may be new but it certainly deserves a place in the Hall of Fame.

Ultra is essentially the same game as the Velocity PS Mini but with much improved graphics and a remastered soundtrack. The story is told via beautifully drawn comic panels but as with the shooters mentioned above the story isn’t what the game is about. So often in today’s games the actual gameplay is forgotten as developers focus on story and graphical detail. Not so with Velocity Ultra. At its heart are echoes of the shooters of old, yet updated for today’s world. 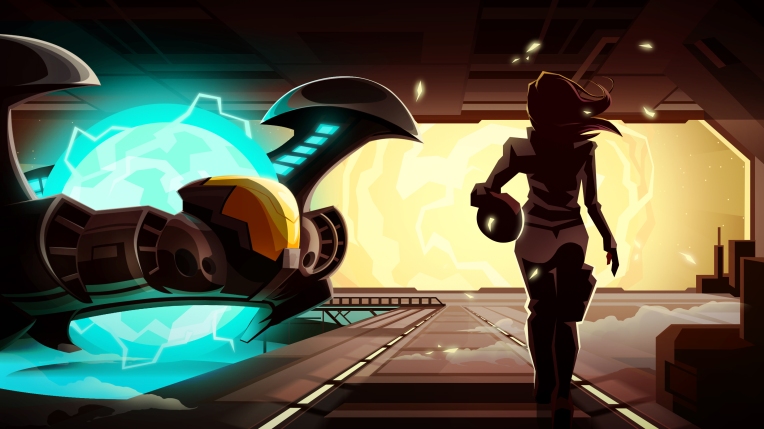 Whilst the retro styled visuals are no slouch, it’s clear that the developers have placed gameplay above all else. The screen constantly scrolls vertically, with holding down the right shoulder button providing a speed boost which is essential for beating the top times on each level. Along with the standard forward firing laser your ship can also hurl bombs in four directions to take out enemies, scenery or to activate switches. The real distinguishing feature of your Quarp jet however is the teleport function.

Holding down the circle button produces a cursor which can then be aimed with the left stick (or with a tap on Vita’s touch screen) to deposit your ship to that point in space. As a variation you also have a limited number of teleport pods that can be dropped to return you to an earlier point in the level. The combinations of these tools and colour coded switches that must be hit in the correct order to proceed actually make Velocity Ultra as much a puzzle game as it is a shmup.

On booting, the game warns of its addictive nature, a warning of which you should take heed. To get a perfect score on each level you have to rescue every survivor scattered around the level, beat the score target and complete the level in a very tight timescale. It’s the search for these elusive perfect medals which gave me the greatest joy. No mistakes can be made throughout the level and for those prepared for mastery the jubilation of clearing that final level is immense. This is the epitome of just one more go gaming. As proven by my ‘Vita Claw’ which developed after I couldn’t put it down in my quest for the Platinum trophy.

This is without a doubt one of my favourite games of this generation. The purity of its gameplay is rare. If you like games you really should play this. The best encouragement I can give is that I played the original Velocity through to completion, I then played Velocity Ultra through to Platinum trophy although due to a bug this didn’t pop (this has now been patched so fear not trophy hunters)! Normally this would induce a rage in me befitting Kratos but when it comes to Velocity Ultra I was actually please to have another excuse to play it through again! There are only a handful of games I will return to year after year and I’m sure Velocity Ultra has been added to that list. 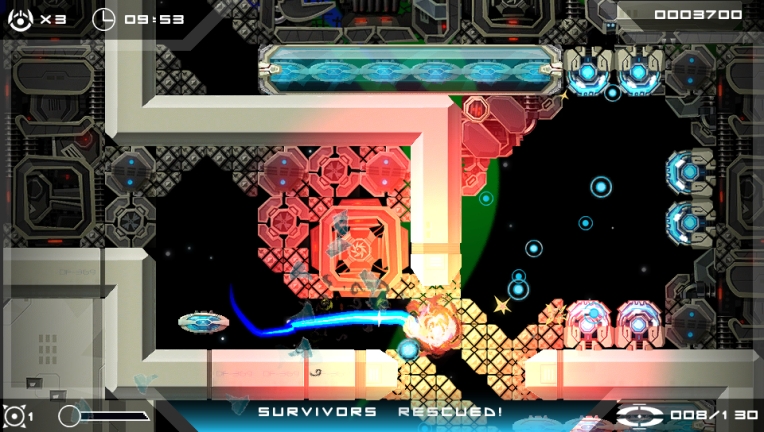 Check out http://www.futurlab.co.uk or hook up the devs on Twitter @Futurlab or Facebook FuturLab to find out more.