It’s the middle of the night and rain is pouring down, there are buildings on fire, people running in panic, tyranny and chaos in the air. Teslagrad hits the ground running, you take control of the unnamed protagonist, a young boy that immediately starts running away from the scary men trying to capture him! You run across the red crumbling rooftops of an unnamed town, up and down ladders and across collapsed bridges. The town itself, a steampunk inspired vision of old Europe, is in chaos, a dystopia on the verge of collapse, but you can’t stop to figure out what is happening exactly. Your oppressors, henchman clad in red are hot on your heels. So why your running away is not yet clear, but it soon becomes apparent what you’re running towards, a gloomy looking building, a tall structure in the centre of town, this building is a Tesla Tower.

Teslagrad is a 2D puzzle platformer with action elements, the second game developed by Scandinavian indie developers Rain Games. The game’s central theme as the name suggests by borrowing Nikola Tesla’s surname, is electricity, more precisely magnetism. Early on in the game you gain a glove that allows you to alter the magnetic charge of several platforms, most of the puzzles will involve the altering and manipulating of the world around you and said platforms. This sounds more complicated than it actually is. There are two colours, blue and red, when matched the platforms will repel, and when unmatched they’ll attract. The long abandoned Tesla Tower is where you spend most of the game as you work your way up the tower solving puzzles in the many rooms and opening central gates that allow you to further ascend the tower’s central shaft (a sort of grab lift). The game follows a familiar metroidvania structure; you gain more abilities as you progress which in turn helps you reach previous unreachable areas.

One of the games triumphs is how well it conveys story. Apart from the title screen and the end credits, there is no text or dialogue throughout the game, the story instead is displayed via the clever use of puppet shows that you find scattered throughout the tower, this type of minimalist visual storytelling is helped by the fantastic art direction and beautiful hand-drawn environments as well as the excellent soundtrack and sound effects.

So Teslagrad looks and sounds great, but how does it play? There are two things that make a good puzzle game in my opinion; the solution needs to be just hard enough to solve and once solved straight forward to execute, so when you do get that familiar eureka moment you proceed to put your plan to work and move on with the story or to the next puzzle. This is not the case with Teslagrad, I found myself often stuck for a further few minutes trying to complete a puzzle after already figuring out the solution, I found this very frustrating. This is where Rain Games were less successful. I do applaud their lack of “hand holding” but some of the puzzles will challenge even the most seasoned of gamers. The reason why the puzzles are so hard is because the mechanics are not as tight as the developers would have hoped and what’s also missing perhaps is mid puzzle checkpoints, so that after you miss the last jump onto a ledge you don’t have to start all over again, what adds insult to injury is that often after failing a puzzle you have the laborious task of lining up all the platforms again. 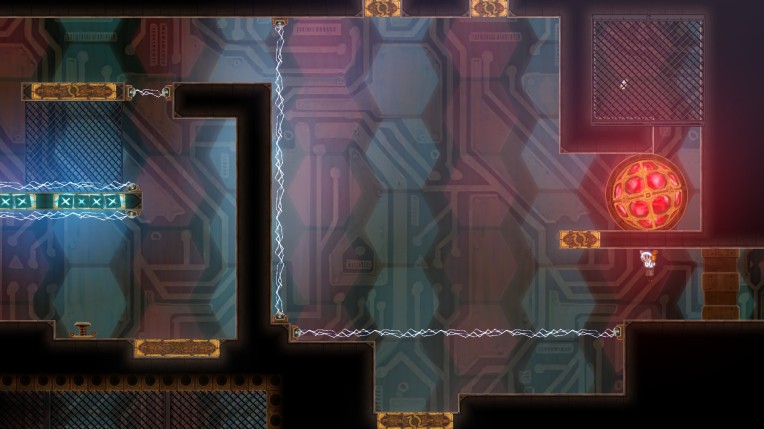 Nowhere is the lack of checkpoints more apparent than on the final 2 bosses! Both introduce unpredictable new attacks late in the fight, very often leading to your death and subsequent restart, it took me well over 30 attempts to beat the final boss. Perhaps my reflexes and muscle memory are not what they once were and maybe I’m spoiled by how easy games are nowadays, but it’s apparent to me that the game difficulty level could have been turned down slightly. That said, I really enjoyed all the boss fights, in particular the second boss you encounter, a bona fide steampunk metal bird complete with a bird cage where the rib cage should be, it just looked fantastic.

When I wasn’t rage quitting, or attempting to break my controller in half, I really enjoyed Teslagrad. I particularly liked the art direction, visual storytelling and the inventiveness of the puzzles. It gets a recommendation from me with a small proviso, this game will not hold your hand and tell you “everything will be ok”, instead it will kill you countless times and it will do it in “shocking” style.

Teslagrad is out now on Steam. PS3 and Wii U versions schedule for release in the coming months.