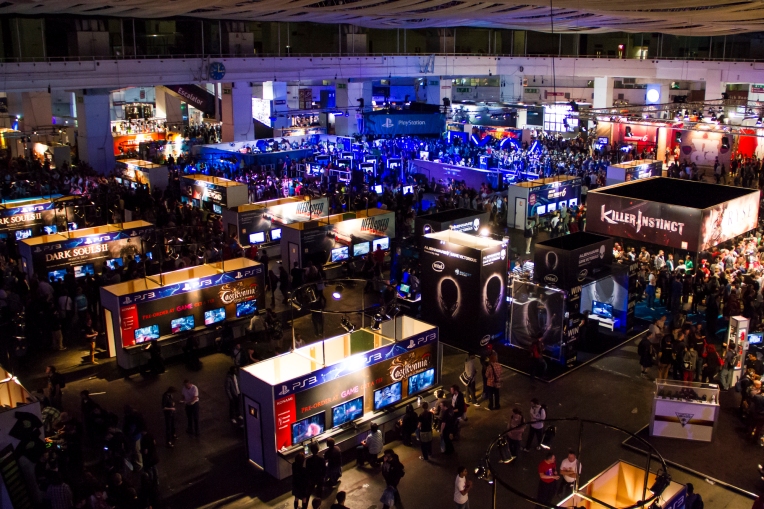 As the global gaming community is all too aware, we are in a new console year. Eurogamer Expo was completely sold out this time around, and anticipation for the new hardware was obviously at fever pitch across the show floor. For the big manufacturers and publishers then, it was a key opportunity to tout their wares, and Sony were undoubtedly one of the most dominant players on the floor. From their classy stand design through to the well-balanced variety of games on display, Sony delivered where others seemed lacklustre in comparison.

But, most importantly, what of the games themselves? For many, this was a first chance to go ‘hands on’ with the PS4, and it certainly did not disappoint. The new Dualshock 4 controller is a welcome upgrade to the previous standard, with a pleasing feel and sharp responses. The graphics on display, particularly in the impressive looking #driveclub, are sharp and crisp, offering a tantalising glimpse of the console’s potential.

Among the titles available to demo for the PS4 were the aforementioned solid looking #driveclub, Killzone: Shadow Fall, and the multi-platform Assassin’s Creed IV: Black Flag. Watch Dogs was also on display, and looks to be an intriguing multi-platform launch title. The only real disappointment where PS4 is concerned (in this humble gamer’s opinion) was the awkward and uninvolving Knack, which at this point looks to be a poor man’s Ratchet & Clank, minus the charm.

PS4 aside, it was nice to see that Sony are still heavily invested in the PS3 as it nears the end of its lifecycle. Beyond: Two Souls was the key playable title at the show for the ageing console (supported with an interesting presentation by David Cage himself), although Gran Turismo 6, curious PSN title rain, and numerous multi-platform titles such as Dark Souls II, also made strong showings. It was also a pleasure to see the PS Vita on proud display, with a host of interesting titles to show the future is bright for the great little handheld. Standouts here were undoubtedly Tearaway, from Little Big Planet developer Media Molecule, and the fantastic Velocity 2X, from Monkey Tail favourites Futurlab.

So, all in all, a very solid showing from Sony at Eurogamer Expo this year, with plenty on offer for casual and hardcore gamers alike. Bring on PS4!